I advertised the use of Signal already in 2019 and was quite happy that many of my contacts changed to Signal as well when WhatsApp announced a mandatory change in their terms of use at the beginning of 2021.

Now Signal decided to integrate the crypto currency “Mobile Coin”. Moxie Marlinspike works as a paid consultant for Mobile Coin, so this is not really a surprise. Nevertheless I consider this questionable and I am not alone with this impression.

END_OF_DOCUMENT_TOKEN_TO_BE_REPLACED

I recently reported hastily that OnlyOffice in Nextcloud would generally no longer work properly.

However, this is generally not correct and I did premature conclusions for some points. Ascensio System also got in touch with me and did everything possible to help me with my problems – thank you!

I removed the original post because it was based on incorrect assumptions.

END_OF_DOCUMENT_TOKEN_TO_BE_REPLACED

Recently a good friend of mine gave me a used Intel Xeon E5-1650 v2 which he didn’t need any longer as a gift. According to the data of Intel this model was already introduced in the third quarter of 2013 and is therefore 7 years old as of August 2020.

Calling this “retro” may be a bit exaggerated – but it is a valid question if using such an old processor still makes sens in the year 2020. Current models provide more performance while also often using less power. In addition memory modules with DDR4 provide a higher throughput as well.

On the other hand my old PC is still mostly based on the hardware with a Xeon E3 which I bought already in 2014 and which got equipped with SSDs as mass storage and a new graphics card running a 4K display. Despite its age it is still usable quite well. Moving to the Xeon E5 would be an easy upgrade since I only would have to change the mainboard and the CPU cooler. The existing RAM modules could be used unchanged.

END_OF_DOCUMENT_TOKEN_TO_BE_REPLACED

If you ever wanted to know something wbout self similarity and quines you should definetely see this really interesting lecture by Dylan Beattie:

As a little foretaste: https://github.com/mame/quine-relay

Nextcloud Talk is an extension for Nextcloud that enables chats as well as video conferencing. A decent browser and a webcam are sufficient to use that. You can also use an app for Android or iOS.

With a few simultaneous connections this usually works quite well if you pay attention to a few points, such as using a server for STUN/TURN like coturn (I will write a separate article about this).

END_OF_DOCUMENT_TOKEN_TO_BE_REPLACED

A while ago I wrote about a plugin for Netdata which I created for my Nextcloud server.

Luca Olivetti was so kind to extend the plugin by additional metrics – thank you!

The source and documentation are still available at Github.

Note: if you use the plugin already please keep in mind that the configuration has changed. You now only have to define the base URL of the server and not the full monitoring API URL any longer.

In the year 2011 I wrote about USB 3.0 for the first time. A few years later again (USB 3.0 today). Meanwhile it is 2020 and a current benchmark of a SanDisk Extreme Pro with 128 GB. To have comparable values again with “HD Tune” but this time with Windows 10.

The hardware used for the test is still the same mainboard which I’ve been using since 2014. 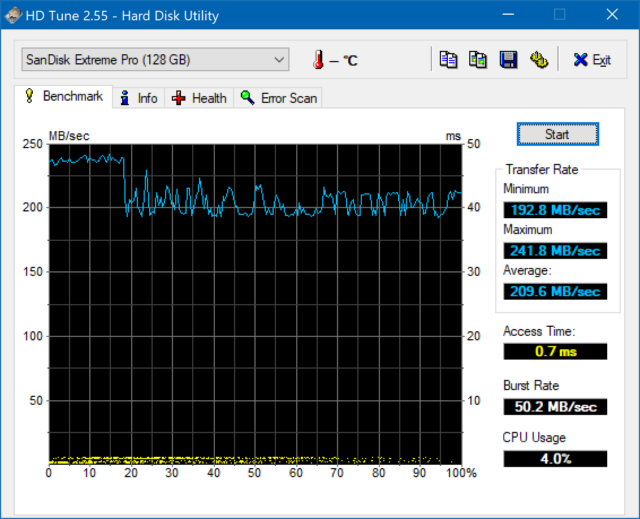 Looking back the values of earlier tests which show the impressive development of about 20 year:

Recently a major update of the server enviroment was needed on which I also run a mail server. I took this as an opportunity to try rspamd as alternative to the combination of SpamAssassin and amavisd-new and can fully recommend this. 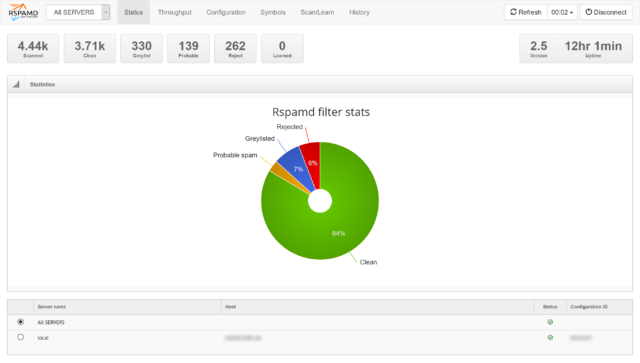 END_OF_DOCUMENT_TOKEN_TO_BE_REPLACED

I’ve been using Netdata on my servers to monitor many system parameters for quite a while now. What missed so far is Nextcloud. I filled this gap with a plugin for Netdata. The plugin uses the API which is provided by the “Monitoring” app to display the number of active users.

You get the source and description at Github.