“Periodical” is a menstruation calendar to calculate the fertile days according to Knaus-Ogino which also allows to take notes and document symptoms.

WARNING: It is not recommended to use this calendar to avoid pregnancy! There are more accurate methods, like measuring the basal body temperature.

It is possible to backup all data to a memory card or “internal” memory, if present.

This program is free software: you can redistribute it and/or modify it under the terms of the GNU General Public License as published by the Free Software Foundation, either version 3 of the License, or (at your option) any later version.

The source can be found at Github.

Translations are done via Crowdin. If you want to participate here, you can use the following link: https://crwd.in/periodical

Or scan the following QR Code for the download via the Google Play Store: 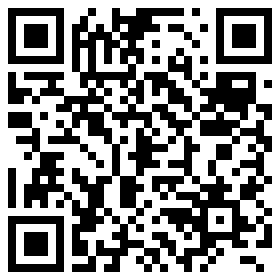 Bugfix: The app now tries to keep the storage permission persistent after a folder for backups was selected.

Bugfix: Changing the period intensity on a day without any other information caused the deletion of this entry.

Feature: When a backup is not possible the dialog to select the storage location will be opened automatically.

Bugfix: Cleaning up unused data in the internal database.

Feature: Language can be changed within the app.

Feature: Start of week can be set to any day of the week.

Bugfix: Fixed crash when trying to restore without a backup at the selected location.

Bugfix: If the selected location for backups does not allow write access Periodical does not crash any longer.

Bugfix: Two options for “mood” did not get saved.

Feature: New section for “mood” in the details.

Feature: Backup and restore now use the Storage Access Framework.

Bugfix: Backup and restore is now also possible with Android 10.

Bugfix: Starting a period after the first day of a predicted cycle is now possible again.

Bugfix: Symbols for details will now be displayed in empty days as well.

Feature: The calendar now indicates if there are events, symptoms or notes for a day.

Feature: Events and symptoms are now separate lists in the details.

Bugfix: Details can now also be added or opened in empty days.

Bugfix: Reverted language codes back to their generic form to avoid missing translations when a regional language setting is used.

Bugfix: Fixed a crash when changing the month using the buttons.

Bugfix: Changed preferences did not get stored when the app was closed with the preferences opened.

Bugfix: Links in the version information will now be opened with the standard browser and not inside Periodical (which couldn’t work since Periodical does not request internet access).

Feature: Single days can be added to a period or removed from a period.

Feature: Days of the period can be marked with an individual intensity.

Feature: You can add notes and symptoms to every day.

Feature: The calendar view shows the day of the cycle and the intensity of the period.

Feature: The list view shows the intensity of the period, notes and symptoms.

Feature: Added translations for Czech and Dutch (thanks to the Github user „Pander“) ergänzt.

Feature: Improved accessibility support: All elements now provide a meaningful content description, so the app can also be used with TalkBack.

Feature: Extended the color scheme to display days before the first cycle and after the last calculated cycle.

Bugfix: Fixed wrong weekday labels when changing the start of the week.

Feature: Additional preference for start of the week (sunday or monday).

Bugfix: Fixed a problem with restoring databases and preferences.

Bugfix: Under Android 2 there was a crash when you tried to open the newly introduced preferences.

Feature: The French translation has been updated.

Feature: Added preferences to adjust the default length of a period in days.

Feature: “About” and “Help” are now separate activities displaying HTML and no dialog boxes any longer.

Note to developers: Beginning with version 0.15 Eclipse is not used any longer. The project now uses IntelliJ IDEA Community Edition.

Feature: The calculation of the longest and shortest period is now done for the last 12 entries only to avoid the fertile period getting longer but never shorter again.

Feature: The “today” marker is now a circle and not an oval any longer.

Feature: There is now a separate layout for landscape view.

Feature: The calendar is now a bit “nicer” with rounded corners, nicer “today” marker and symbols
for the first day of the period and the day of ovulation.

Feature: The day of ovulation is now being calculated and displayed in the calendar.

Feature: Modified manifest so the app and its data may be backed up using ADB.

Feature: Changed color scheme from red, green, white to red, blue, yellow according to the chain of Maria Hengstberger.

Bugfix: The longest period is now correctly displayed if it is shorter than 28 days.

Bugfix: The database cursor was not closed properly after reading the data.

Bugfix: The identification of the current day in the calendar was not updated if Periodical was in the background and activated again on the next day.