In my device collection there is also a Roland Sound Canvas SC-55 which I bought used many years ago.

This is a MIDI synthesizer that came onto the market in 1991. I don’t know for sure whether my copy is that old, but an age of at least 25 years is plausible.

END_OF_DOCUMENT_TOKEN_TO_BE_REPLACED

Two days ago I received my first Covid-19 vaccination in a vaccination center in Berlin. I got Comirnaty from BioNTech as a vaccine. The whole process was organized very professionally – I came straight to the admission without queuing and it took a total of maybe 20 minutes until the actual vaccination. After that I had to stay in the waiting area for 15 minutes so one can react immediately to any severe vaccination reactions – which I didn’t have.

During the first few hours after the vaccination, I got a slight headache that lasted until the next day. I was also quite exhausted so I went to bed in the afternoon. The the left arm where I got the injection was a bit painful until the next day, but only when touched directly. Overall, however, the side effects were quite bearable and today, on the third day, the headache is completely gone and I can feel the pain on my left arm only very slightly and expect this to go away completely tomorrow as well.

Some time ago I rediscovered my interest in electronics and recently done my first project. This project was created at the table where my PC is. However, this is not an ideal place to solder circuit boards or create designs with breadboards – I have to take the necessary parts and tools such as soldering iron, multimeter, etc. out of the drawer and then tidy up again afterwards.

END_OF_DOCUMENT_TOKEN_TO_BE_REPLACED

Meanwhile the printed circuit boards arrived which I have ordered from Aisler based on my first draft. The quality is fine. There where only production-related burrs that I could easily sand off.

END_OF_DOCUMENT_TOKEN_TO_BE_REPLACED

On the project page about using LED matrix displays of the type HDSP-212x, I also showed an example setup with a Raspberry Pi. Now that I still have some of these displays, I would like to use them to build a real device in its own case.

Soldering the whole thing by hand on a perfboard would theoretically be possible, but is prone to errors and in the end you have only one copy. Nowadays there is a better solution for this: you design a circuit board with a program like KiCad and have it produced as a small series for comparatively little money.

My first draft for a board on which you can put four HDSP-211x next to each other already looks quite promising:

At AISLER, the production of three copies would cost around EUR 25 and would be ready in about a week. But before I actually do this, I’ll have to check the circuit diagram again and check whether adjustments are required for the power supply, since four modules together can have a power consumption of more than 1.6 A.

After taking a closer look at KiCad, I created a revised revision 2 of the layout:

After my first experiment to control a single LED matrix display I extended this to two displays – and generally even more are possible: 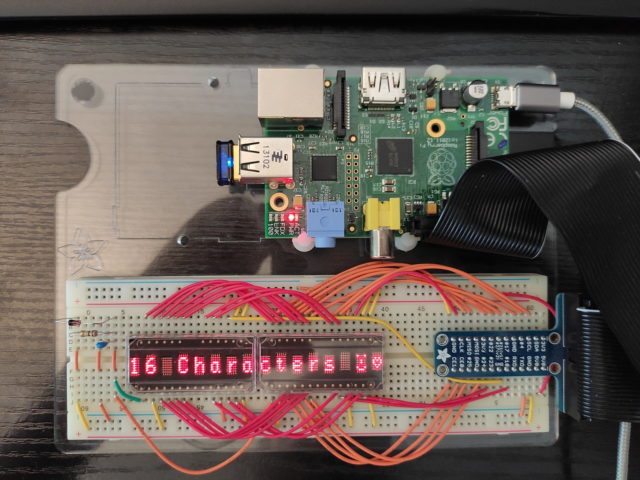 More about this, see the project page.

The HDSP-2112 is a module with a LED matrix display which displays 8 characters with 5×7 LEDs each. Due to the high power requirement of more than 2 watts this display is not suitable for mobile devices. The operating voltage is 5 volts and it will be controlled using a 8 bit wide data bus and a 5 bit wide address bus.

I already experimented with this in 2013, however I stopped working on that and did not have a working setup ever.

This time I was more persistent – and it worked :-). 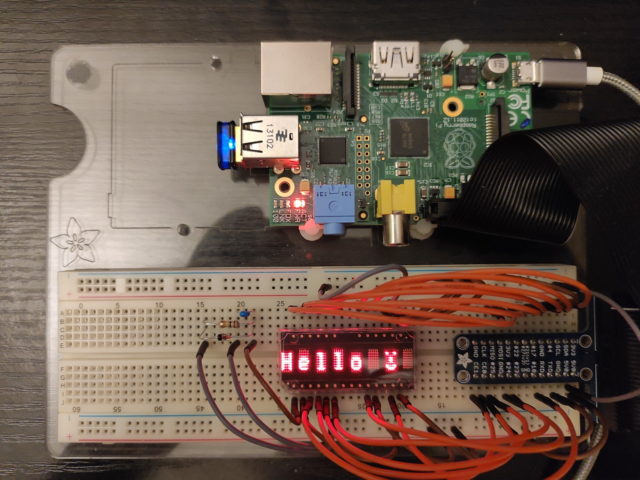 More about this along with a thorough documentation on the project page.

My PC is built into a tower case from Chieftec. This case offers also external ports for USB 3 among other things. Internally, these ports are connected to the mainboard.

END_OF_DOCUMENT_TOKEN_TO_BE_REPLACED

The spanisch comedian Juan Joya Borja, who is also known as “Risitas” or “El Risitas” – “the giggling”, has died at the age of 65 in a hospital in it’s hometown Sevilla according to a report in the spanish media.

Juan Joya Borja became famous by a video meme which was used in many variations with different subtitles:

I advertised the use of Signal already in 2019 and was quite happy that many of my contacts changed to Signal as well when WhatsApp announced a mandatory change in their terms of use at the beginning of 2021.

Now Signal decided to integrate the crypto currency “Mobile Coin”. Moxie Marlinspike works as a paid consultant for Mobile Coin, so this is not really a surprise. Nevertheless I consider this questionable and I am not alone with this impression.