I’ve been living in Berlin for half a year now – and nearly three months in the new flat. By now I can say that I arrived, even though there are still many unknown places in the city and many things to explore. I find my ways to the office and to friends without a map and I still enjoy it to be able to use my bicycle most of the time.

A very convenient experience is the public transport in Berlin which is better than its reputation. If I’m not on the way during the rush hour I can take my bicycle with me everyhwere without any problem.

With the Surly in the S-Bahn: 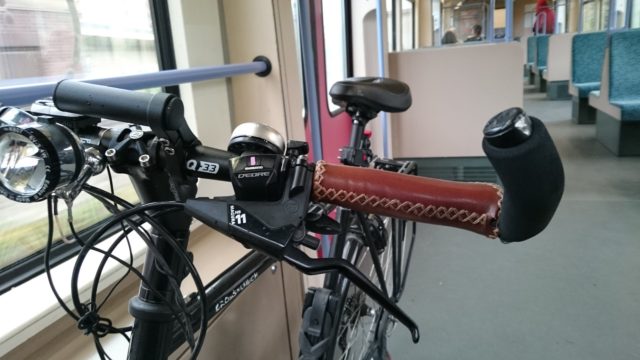 … and in the subway, here at a station in front of the elevator: 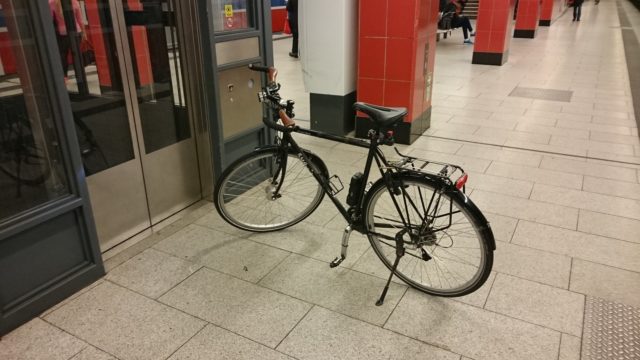 On one of my excursions through the area I also took some pictures. The streets in Charlottenburg often remind me on the Bismarckviertel in Augsburg, just a bit bigger ;-). I also find the trees here very nice, which you find along the Ku’Damm as well as in most other streets here.