In August 2021 I bought a Hakko FX-888D soldering station. Hakko has been active in this area for decades and the products are considered to be of high quality and durable. The operation takes getting used to, but the set temperature is reached very quickly after switching on and also kept well under load.

General hint: the temperature should be calibrated when the station is used for the first time. A special thermometer for soldering irons can be used to measure the temperature, such as the numerous replicas of the Hakko FG-100. But the temperature sensor of a multimeter is also suitable if it is a “K type” that can also measure 350 °C. With my device, I had to correct the setting a little upwards, as the measured temperature was only about 330 °C eventhough the station displayed 350 °C. Also helpful: if you activate the profile mode in the settings, you can easily switch between 3 or 5 adjustable temperatures. See also the manual.

A real problem, however, is the supplied FH-800 holder: the part where the soldering iron is placed is made of metal and is painted yellow. However, the paintwork is not very durable and comes off very quickly. As a result, the soldering iron will also turn yellow from the paint residues:

The paint residue on the soldering iron can easily be removed, if necessary with a little isopropanol – but that is not permanent. Ultimately, the holder continues to rub off until the color is mostly gone, as a picture from a discussion in the EEVBlog forum shows: 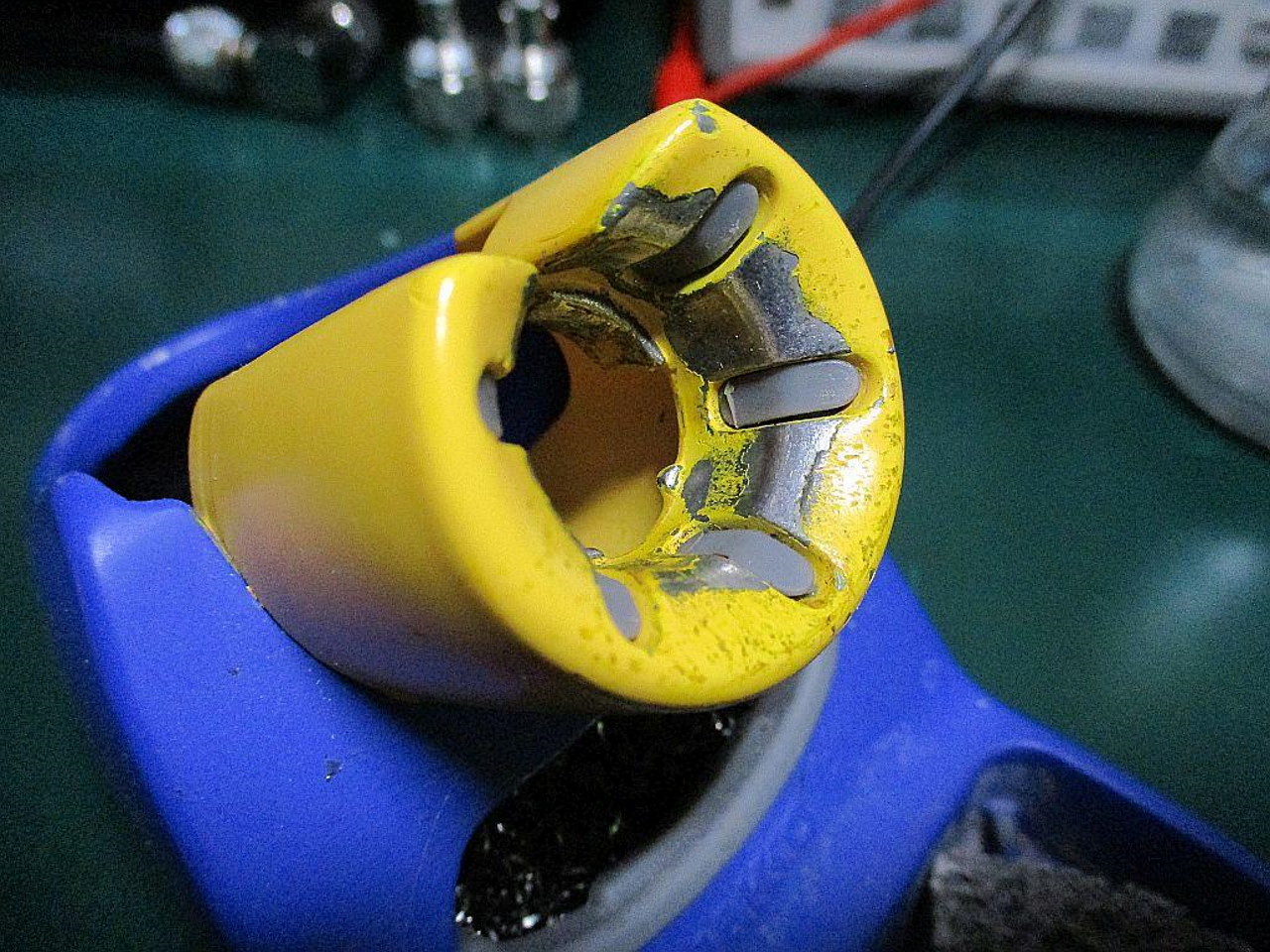 The answer from the distributor in Germany about this was not very helpful either: the effect is known, but Hakko will not accept this as a reason for complaint. These devices are also in use in the distributor’s workshop and there the soldering irons would all look the way I have shown. Also in the forum of the EEVBlog it was ultimately only confirmed by others that you have to live with it.

Since I couldn’t return the device but didn’t want to use it like that, I finally found another solution: another holder from Hakko, the FH-300, together with the soldering tip cleaner 599B, which can also used instead of the sponge in the holder: 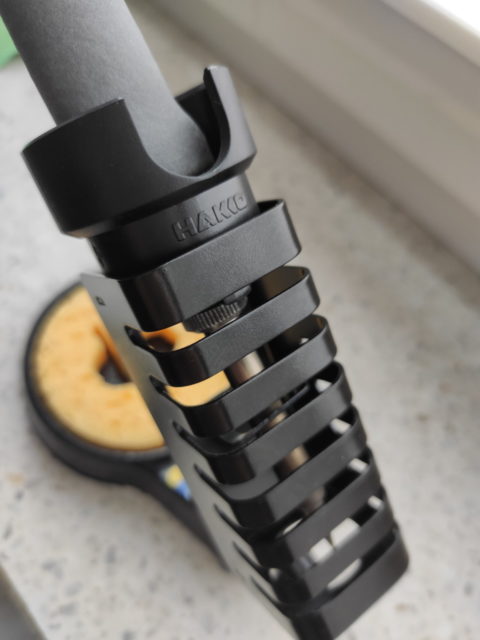 Although the holder is not specifically designed for the FX-8801 soldering iron, it fits perfectly. The base is made of metal and, together with the holder, weighs almost 0.5 kg, so that the construction is also very stable.

The soldering iron is held inside by a small metal frame so that it does not tip down and the hot soldering tip does not touch the outer part. The upper part is made of black plastic.

I also find the cleaner 599B very practical, as the opening for the soldering iron is much larger than on the original holder of the FX888B.

Even if it seems nonsensical to get a different holder for a new soldering station which already comes with a holder – I am very satisfied with the result and the FX888D is otherwise a good product.