Addition: the change described here no longer applies to current versions of Firefox. The described option does not exist anymore. Also see this post at reddit (thanks to Tiberius for the hint).

For a while I’ve been using Firefox as browser in Android – also because you can use AddOns like uBlock Origin there.

Even though Firefox is very pratical there was a very annoying effect: when scrolling the display often stutters heavily and gives you the impression that Firefox is much slower than other browsers. But there is a possible solution as well. After I activated the setting for layout.frame_rate.precise in the advanced configuration (about:config) the stuttering disappeared.

You have to restart Firefox before the change becomes active (for example by removing it in the list of recently used apps). 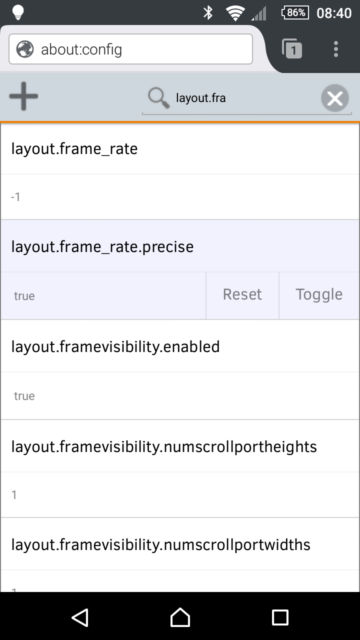