I own a digital camera which uses SD memory cards. The card used is an “Ultra II SD Plus” card by SanDisk which also incorporates an USB plug – that means you can also use the card without a card reader.

So far this worked without any problems – until the evening of the 4th March 2008. I inserted the card to the front side USB connector and the PC instantly rebootet and there was a smell as if something had been burned. I immediatly turned off the PC and removed the card again.

On the SD card itself I could not find any optical traces of any kind of defects. Also the USB connector looked OK at a first glance and likewise on the mainboard nothing looked charred. After I removed the cables just to be sure I turned on the PC again – everyhing still works.

In a more closely examination I finally noticed that one of the circuit paths on the board of the case (Chieftec CS-601 with USB/firewire front connectors) has been burned completely – this was the smell coming from: 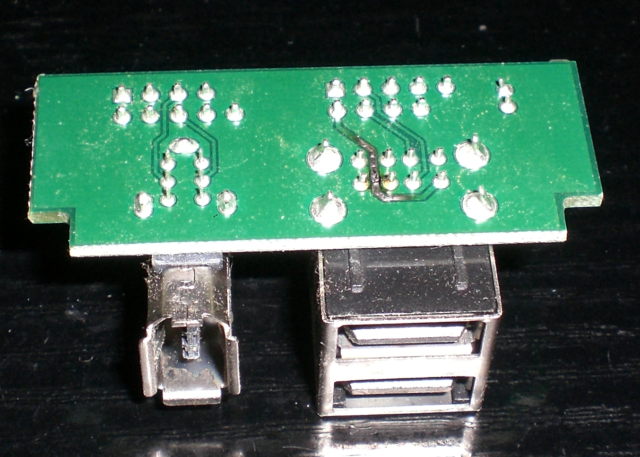