After I built in a new mainboard into my PC by the end of 2014 I couldn’t use the combo drive for 3.5″ disks and memory cards any longer. Therefore I built in a pure card reader as a temporary solution. However this card reader only used USB 2 and was quite slow – there was no other model available at that time.

Now I had the opportunity to change this to a better model, a RaidSonic IB-865. This is a plug-in module for a 3.5″ drive bay with card readers for all current formats (except SmartMedia Card which obsolete anyway) and an external USB 3 socket.

In total there are six slots for memory cards which can also be used at the same time, except M2 and MicroSD. However the latter one can also  be used using an SD adapter.

Some reviews about this device mentioned the problem that the card reader was not being recognized and a firmware update was needed. However these reports are all at least six months old. My copy did not have these problems and I assume that all currently sold models have an up to date firmware now.

For a test I checked one of the memory cards which us in my DSLR with HD Tune. The card is a 16 GB SDHC card by Sony which is rated to deliver up to 94 MB per second. 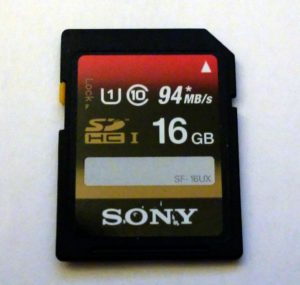 The result was quite convincing. Even though the reached speed was lower as advertised on the card it is at 77 MB per second still much faster as with USB 2. 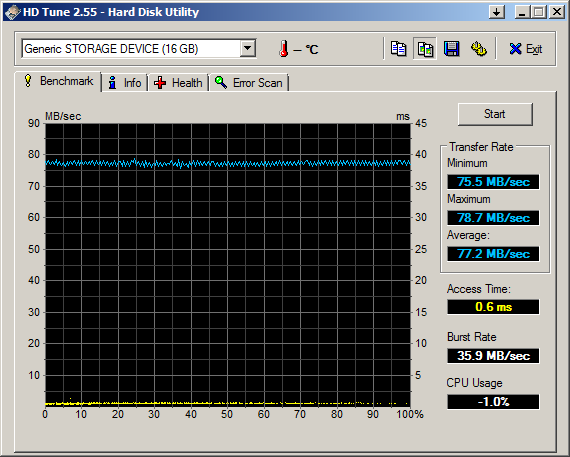 Also the external USB 3 socket was useable without any problems with all external harddiscs and USB sticks as you can see in a test which I did with a USB stick by Sony: 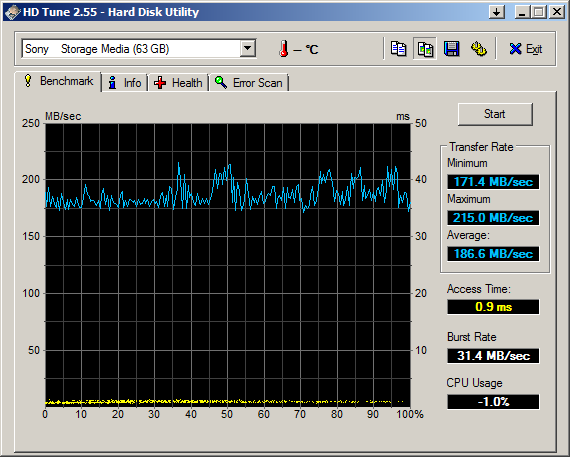 Considering the price of about 20 EUR the RaidSonic IB-865 is clearly a recommendation for me. The card reader works reliable and fast and you also get a reliable external USB 3 socket.