A while ago someone informed me about an illegal copy of Periodical which was modified without providing sources of the modified version. This copy does not exist any longer.

But there are also business-minded people who create their own version based on the existing sources (as from August 2017) that contains paid ads – of course only after deleting all references to the true origin: 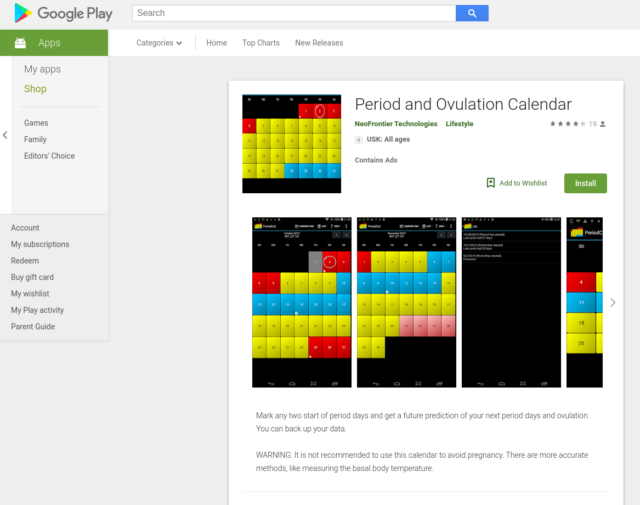 The URL for this is https://play.google.com/store/apps/details?id=com.infomultiverse.android.periodical – if it is not available any longer, then Google already deleted it.

I’ve contacted Google and also written to “NeoFrontier Technologies” that they should delete the app immediately with the reference to legal action that will follow in any case. According to statistics on Google Play at least over 10,000 downloads were made – which I find interesting, because my free version has only about half of the downloads. Possibly there is also a fraud in order to easily get advertising revenue.

Google has contacted me and confirmed that the app will be removed.

In the meantime, the author of this app has also reported and we were fortunately able to sort this out in a civilized manner. It seems that this guy did not really understand what “open source” and GPL means, and I by his reaction I even believe that he did not act in bad faith. As part of the compensation for this the next update will also contain additionals translations.