Quite exactly 11 years ago, in may 2003, I discovered FLI4L and used it continuously since then for my private DSL connection and as a fax sever and telephone answering machine. At last this was quite a “zoo” of devices:

The Linksys WRT54GL was a full-featured WiFi router, but I just used it as access point and switch.

Even though FLI4L worked very well – the hardware does not become better (for example the WRT54GL only provides 100 MBit/s on its switch ports) and the software also reaches its limits. Therefore I turned to the “dark side” – an AVM Fritz!Box 7390 (with up to date firmware) which provides all functions which were distributed to several single devices before. Only the “StarterBox” is still needed since the Fritz!Box needs separate connections for DSL and ISDN: 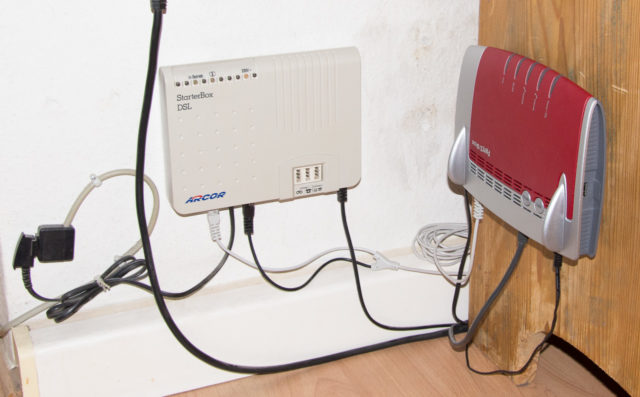 As a comparison the installation as it was used before: 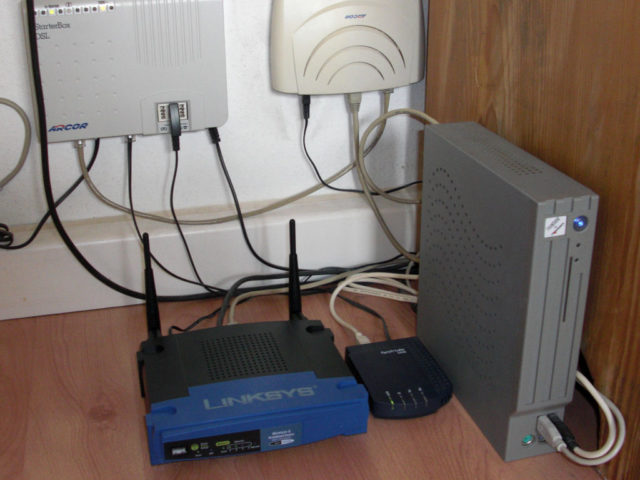 Beginning of 2018 the Fritz!Box 7390 had been replaced by the current model 7590, since AVM stopped the software support for the 7390 at June 1, 2017 (also see the EOS list by AVM). After all, the model was thus provided with updates for about seven years. Meanwhile I also no longer live in Augsburg but in Berlin, where a connection with VDSL2 with 50 Mbit/s downstream and 10 Mbit/s upstream is available for the Internet connection.

The Fritz!Box 7590 is still in use after more than four years. The internet connection  was upgrade to 250 Mbit/s downstream and 40 Mbit/s upstream, which represents the practical limit of this technology. But that should be enough for the years to come.